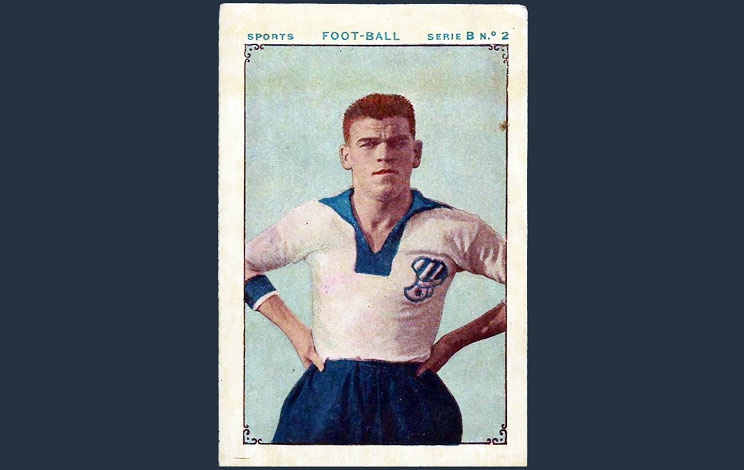 A lot has been said about Manuel Cros, who is considered to be the most important “Escapulat” player of all time.

The most famous striker in Barcelona during the 1920s – together with Samitier (FC Barcelona)- left some records written and reviewed a thousand times through history. However, while celebrating the club’s centenary, an unpublished (and historic) fact had been revealed: Manuel Cros was the first player to score the first 'hat-trick' in the history of La Liga

.  This statistical fact has existed for around 80 years, since the second round of the first year of La Liga (1928/1929)... but until recently no-one with an interest in CE Europa's history had noticed it. It was in an article of the football magazine, “Don Balón” who, while the club was celebrating its centenary, had revealed this statistic by writing an article about it. An important fact that allows CE Europa to enter again in the history of national football.   Let's start from the beginning, what is a “hat-trick”? At this point, even the most knowledgeable football fans, would think the question is stupid/insulting. However, the question is not as stupid as it may seem. Many people confuse the concept of scoring three goals in a match with the true meaning of the term. Yes, a 'hat-trick' is when a player scores three goals for their team, however, to become a 'hat-trick', those goals have to be scored consecutively. Even if a football player scores five goals in one match, if three of those five goals are not scored consecutively, the player has not scored a 'hat-trick'. 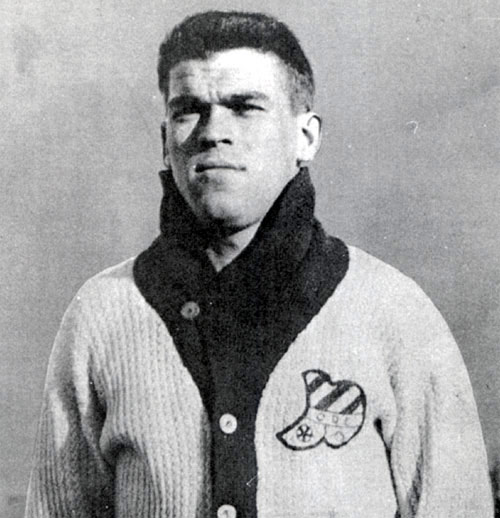 The first player to score three goals in La Liga (even if he scored four) was Lazcano, a player for Real Madrid. Curiously, he scored those four goals in the first ever league match... and it was against CE Europa, the “Escapulats”! They lost by an overwhelming Real Madrid 5 – CE Europa 0. The goals were by Lazcano (50', 59', 75' & 83') and Morera (63') Because his teammate, Morera scored his goal in between Lazcano's second and third goal, Lazcano did not score the first 'hat-trick' in La Liga's history.   This football record was achieved during the 2nd second round of La Liga, on February 17th, 1929, with the result Europa 5 – Arenas de Getxo 2. Manuel Cros, just as Lazcano had done, scored four out of five goals for his team. However, he did score three consecutive goals. The goals were scored by Cros (12'), Ramonzuelo (25’), and three more consecutive goals by Cros (56', 68' & 73').

Cros claimed his place in football history as the player to score the first “hat-trick” in La Liga. This fact was unknown to “Europeistes” until “Don Balón”'s published its article. In that same season, during the return match against Real Madrid, Europa scored five goals, becoming the first team ever to score five goals against the “Merengues”, with the match finishing 5-2. In that match, Lazcano and Europa came face to face again, however, the Real Madrid striker did not score this time. Nevertheless, there was a Europa player who created a 'hat-trick', Bestit, who scored the first three goals of the match (8', 13' i 15').

For a long time, CE Europa supporters have been commenting about the scarce historic information about our club, especially the period from its origins to the 1950s. This information about Cros’s achievement has always been there, however, both club historians and loyal CE Europa supporters had overlooked it. If anyone still had any doubts about Cros being Europa’s greatest player, the historic first 'hat-trick' he produced during els 'escapulats' hammering against Madrid, confirms his status. 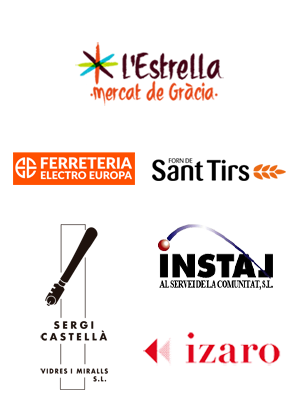