The history of CE Europa 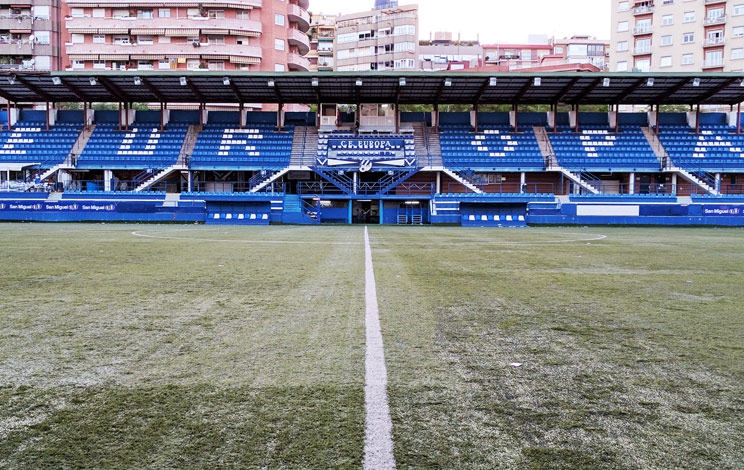 Club Esportiu Europa, as we know it today, was born in 1907 next to the Sagrada Família. Discover its history!

FOUNDING AND THE FIRST YEARS

At that time, two modest clubs (Provençal and Madrid from Barcelona) decided to merge to achieve more meaningful goals inside Catalan football. When they were looking for a name to give the club, in order to avoid significant expenses on a federative register, they decided to take advantage by using the name of a club that was about to disappear, FC Europa. By only doing a small change on their name and paying all the debts of this extinct entity, -which was much cheaper than starting a club from zero-, "Club Deportivo Europa" was born on June 5th, 1907. The first Chairman in Europa's history was Rodolf Collell Admetller. He directed the club until 1911 when he became vice president of the Catalan's Football Federation (FCF). Until 2019, Europa has had 33 chairmen throughout its long history. Initially, the team dressed in blue and white vertical stripes. But it was not until the 1917/18 season when they changed their shirt for a long neck which closed vertically. The historical 'escapulari'/chevron comes from 1926. CE Europa incorporated this element on the shirt and its real origin for its use is still unknown: on one side, society believed that, during the 20s, the latest fashion for kids was to usually dress with an 'escapulari' on their clothes, and also, at that time, many goalkeepers wore the 'escapulari' as a differential visual element from other football equipment. On the other side, some months before, the visit of the British team Birmingham City (which at that time dressed with the 'escapulari') was an inspiration for the executive team. In 1919, the team was promoted to the A Group in the Catalan Championship, which was considered the highest football category.

THE GLORIOUS YEARS: FOUNDING CLUB OF 'LA LIGA' AND OTHER SPORTS

The '20s were, undoubtedly, the most successful decade that the club has ever experienced. The first historical fact, which makes CE Europa an essential part of Spanish sports history, was because of basketball. Both, CE Laietà and CE Europa had the honour of being the first two games to play an official basketball match in the whole country (the 'escapulats' won that game which ended up with an unusual result nowadays: 8-2). The football section's first big success was winning the Campionat de Catalunya by defeating FC Barcelona by 1-0. A year later, at the 1922/23 season, they had the right of participating in the Copa del Rey tournament mainly because they won the territorial league playing at what was the top category in football at that time. CE Europa made an impressive achievement in this tournament, defeating all its rivals and arriving at the final. This unlucky final took place at "Les Corts" Stadium against Athletic Bilbao. Supporters from FC Barcelona were still very irritated because of the defeat at the Catalan Championship. Therefore they decided to support Athletic Bilbao in that final. To be honest, there has not been such an unfair final in football as this one... CE Europa shot ten balls at the bar and Athletic scored the goal that gave them the cup on one single counterattack (0-1). This decade also reserved another historic moment for the club. After becoming, during this period, one of the biggest clubs in the state, CE Europa had the honour of founding (along with nine more clubs), the first Spanish league competition, Primera División (La Liga). CE Europa stayed on Primera División for three consecutive seasons, achieving their best result with an 8th place. Concerning other sports, Europa has accomplished success through their history in other sportive modalities such as athletism or boxing.

From the '30s until the early '60s, CE Europa went under a complicated time that almost cost the club's extinction. At the start of the '30s, this extreme situation led the entity's directives to merge with Gràcia FC (non-existent team) and get its professional federative spot. With this merge, both first teams founded a new club called FC Catalunya. However, CE Europa (as a self) did not disappear. A group of dissatisfied supporters that did not agree with this merging during the assembly, immediately registered the amateur team, CE Europa, to the last football category, avoiding this way the transition cut between seasons. Because of this decision, Europa kept competing with the same colours and name, detaching themselves from the merge with Gràcia and making its story longer, this time by starting again from zero.

THE 60s, THE LAST SUCCESSFUL YEARS

During season 1962/63, the club achieved the promotion to the Second Division, a category in which they fought until season 67/68, when the restructuration of the league forced CE Europa and other clubs to, sadly, descend the category. An unfortunate fact that has marked the club's present and, if it did not happen, maybe we would be seeing a different Europa playing at the national football elite. During the Copa Championship, they beat the so-well known "Los 5 Magníficos" Zaragoza FC. This team made history on Primera División and lost against CE Europa (they were in Second Division). Zaragoza's elimination was a surprising fact in the Copa's history until those dates (even though nowadays it is more common to see these wonders). The home match played at the Nou Sardenya Stadium was, until that moment, the first and only CE Europa football match being broadcasted to all Spain through TVE.

CE Europa went through its worst descent in category levels on those two decades, playing for a good number of years in regional categories. It was not until the late 80s when the club came back to the Third Division, and since then, it has not stopped competing in the statal category. That same decade, the club went through the catalanization of its name. Therefore, on 1985/86 the club changed its name to “Club Esportiu Europa”.

In the mid-1990s, CE Europa went into exile due to their stadium going under reconstruction. It was not until 1995 when the club saw the current stadium's birth in Gràcia, the Nou Sardenya. A stadium with a capacity for 4.000 people, covered grandstand, 1.200 seats in the grandstand, side and VIP zone, electric scoreboard and artificial grass. The Nou Sardenya means the first step, the first stone to work a future based on training football, allowing a projection to higher categories. The opening match was used to fill the stadium for the first time and to play, at the same time, the first edition of the Trophy Vila de Gràcia. For those dates, UE Lleida hosted the team and won the match for 0-1.

The club's penultimate big achievement was to win twice-in-a-row the Copa Catalunya championship during 97 and 98. The team (at Third Division) was able to defeat twice RCD Espanyol on semifinals and FC Barcelona on the two finals (the first match ended 3-1 in Hospitalet and the second match on a penalty round, at a "neutral" stage, such as Miniestadi. An unprecedented deed in the Spanish state... A Third Division club was winning two consecutive titles to a First Division team. Players such as Stoichov, Xavi, De la Peña, Hesp, Blanc, Óscar, Pizzi, Andersson, Giovanni or Amor were unable to bent players such as Serafín, Badía, Arturo, Fernando, Amorós, Raúl Verdú, Pacha or Endrino. Much more recently, in 2015, CE Europa added their most recent title to their showcase. They did it playing the final at home, in Nou Sordanya against Girona FC -who were at Second Division at that time-. After FC Barcelona and RCD Espanyol, it is CE Europa the team that has more Copa Catalunya titles on Catalan Football history.

Legendary football players have emerged from CE Europa, such as Cros or Ramallets, being the last one a national player for Spain, and one of the most legendary goalkeepers in football history while playing with FC Barcelona. Players such as Kubala have also dressed the “escapulada” shirt, in official matches or friendly games. At present, some players that emerged on the CE Europa youth team are playing professional football, some of them even in the Spanish First Division. Along with its history, the club has contributed with three players to the Spanish national team. 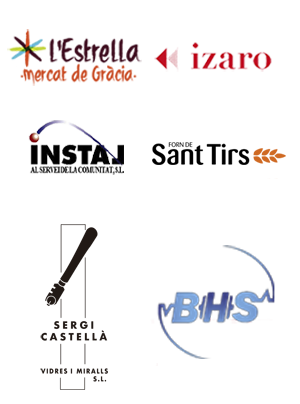