Ralph Kirby, the first manager of the club 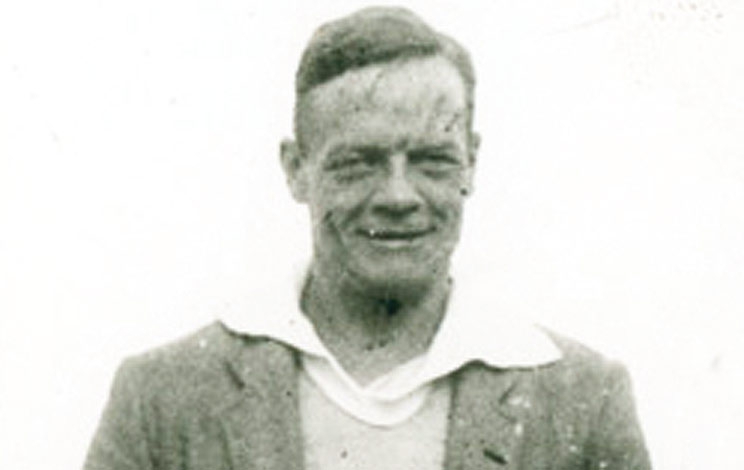 We have written a lot about the glorious and legendary team which CE Europa was on 1920’s; with chairman Matas in charge and a fantastic new wave of players that achieved historic milestones for the club. However, not much has been said about the man, who, like an alchemist, transformed all this innate talent into gold.

We are talking about Englishman Ralph Kirby. Born on March 18th, 1884 in Birmingham, his father was a train driver who was involved in a dramatic train crash which he survived miraculously uninjured. Although growing surrounded by railway locomotives and carriages, young Kirby began playing football for his parish team, Saltley Baptists. That was when he began to attract serious attention as a talented right winger. While doing his military service in the RAMC (Royal Army Medical Corps) during the 1904-1905 season, he stood out as both a footballer and an athlete, participating in many running competitions.

Young Kirby had a marvelous season with the army football club, where he made a mark for his speed. That was the reason why he caught Fulham’s eye and signed for them for the 1905-06 season. That same season, Fulham was playing in the Southern League, an important championship in which clubs from the South of England and Wales participated. Kirby played for both the reserves and the first team, and made his first team debut in a match against Millwall on April 22nd, 1905. Fulham ended the season becoming Southern League Champions, which is why Kirby appeared in the official team photo and why he is still remembered in the West London club. On the beginning of the 1906-07 season, Kirby returns home to the Midlands and signs for Birmingham City, who were playing in the Football League, the top-level football league in England.

He was going to appear only for the Reserve team (there were not any substitutions allowed at that time), however, because Harper, Birmingham’s main striker got injured, he was selected to play a Football League match against Newcastle United, his only game in the top-league. With 20.000 people at St. Andrew’s, Kirby played as a right winger and offered a good display, unfortunately City lost the match by 2-4. When he was put on the transfer list, a journalist from Athletic News wrote an article where he expressed his disappointment for the transfer and stated his belief that Kirby could have ended up as being the main striker for Birmingham City The following year, Kirby’s signed for Blackpool, a team that participated in the Second Division playing lso as a right winger in some matches against important teams such as Leeds City or Wolverhampton Wanderers.

Unfortunately, he does not get many opportunities on the pitch and, during winter, he is transferred to Worcester City (playing in the Birmingham Regional League) where he plays more often, doing his best match against Aston Villa. Over the next few seasons, Kirby, signs for two different lower division teams located in the region of Birmingham: Kiddeminster Harriers and Willenhall Pickwick. On 1913-14, Kirby returned to Fulham but only to play in the Reserve team. However, the start of WWI sees him return to the RAMC team, where he will remain for the duration of the conflict.

After WWI, Kirby goes off track and not much is known from him until his signing for CE Europa as a manager, in 1922. However, Ralph Kirby was not the first choice to become CE Europa’s manager. According to the national press, at the end of July 1922, Europa almost signed George Holley to become the manager. However, Holley, who was an ex-player for Sunderland and capped for the England National Team, did not end up training the team from Gràcia. On August 4th, 1922 the local press announced Kirby’s arrival as the Club’s new manager starting from the 16th August. However, the question is, how was it that Europa noticed and recruited him? Well, we can find the answer a year before, when the English team, Middlessex Wanderers, came to Gràcia to play two friendly matches against Europa.

President Matas’ board kept in touch with the Wanderers’ secretary, who recommended signing Kirby’s as coach.The Englishman signed for the escapulats for a year and earning 225 pesetas (currently £1,22) per week. Once in Barcelona, the coach explained in an interview with a local newspaper that he had been in India training various military teams during World War I and outlined the main ideas of his project at CE Europa: four days of training a week and the importance of good physical preparation.

A curious fact to note is that the English coach changed his name during his stay in Spain. His real name was Conyers Kirby and because this is a complex and difficult name to correctly pronounce in Catalonia, he decided to call himself, Ralph, which seemed much “easier’ to pronounce and because that was the name of street where he lived in his native Birmingham. The manager, however, was a very reserved and quiet man and did not learn any Spanish or Catalan during his stay. Nevertheless, Kirby added an extra quality that the Escapulats had lacked and guided CE Europa to win the Catalan Championship of the 1922/23 season and the final of the Copa del Rey, where the team finished runners-up. Kirby had raised the competitive level of the graciencs and increased their overall potential. 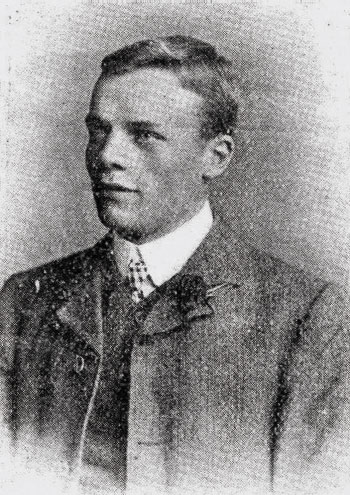 He trained CE Europa in 34 official matches, with 21 wins, 5 draws and 8 defeats. On the other hand, there are countless friendly matches he managed, for example, those played against Birmingham City, UTE Budapest or NAC Breda, to name a few of the most important international rivals. Kirby’s departure from CE Europa was surrounded by controversy, as the Catalan Championship progressed he was sacked at the end of November 1924.

According to President Matas, “the coach was not showing the same enthusiasm and interest as he had at the beginning of his stay at Europa”. The controversy continued when, within days of being fired, he signed by FC Barcelona, on a wage of 1300 pesetas (£7,20) per week… He stayed at Barça that season, 1924/25, where he won two titles (Champion of Catalonia and Copa del Rey). However, despite the success, the lack of communication with the players caused him to be dismissed at the end of that campaign. For the 1925/26 season Kirby signed as manager for Athletic Club de Bilbao, where he won the Regional Championship again, but in the Copa del Rey the Basque team had a terrible run and he was fired.

This is where Ralph Kirby’s adventure as a coach ended. Once back in England he did retreated to the world of football. However, to close the circle of our protagonist’s story, during his stay at our club it should be mentioned that he also acted as a referee and as an assistant referee in several matches. An example of this was a friendly match between Newcastle and Everton, which he officiated at Les Corts in May 1924.

The Englishman, Ralph Kirby was the first person to perform the specific function of a manager for CE Europa’s first XI. He was a ‘very English’ Englishman who brought new training techniques and a innovative style of play to the Club, but for whom his slightly bitter character prevented him, as a coach, from having a more fruitful and longer career both for our team and for other Catalan teams. At CE Europa, however, we will be eternally grateful for his invaluable contribution and improvement in the preparation of football in trainings and tactics in matches. Therefore, Mr. Kirby should be forever considered, a true Club Esportiu Europa legend.